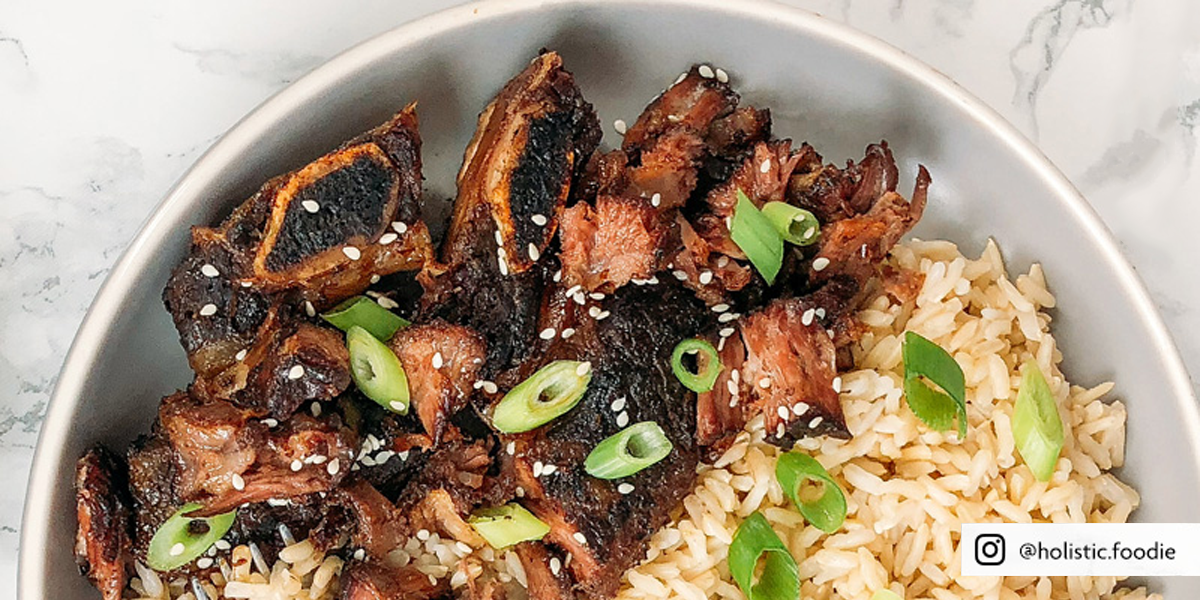 Korean BBQ short ribs or Kalbi are becoming more well known. At one time you had to go to a specialty store to purchase the crosscut beef short ribs, now most butcher shops and big chain grocery stores carry it. The marinade infuses the meat with a wonderful taste. The longer the meat is cooked for the more tender and fall off the bone it will be. Serve with some rice or with lettuce used as a wrap with the meat picked off the ribs.

For the Korean Short Ribs

For the Korean Short Ribs